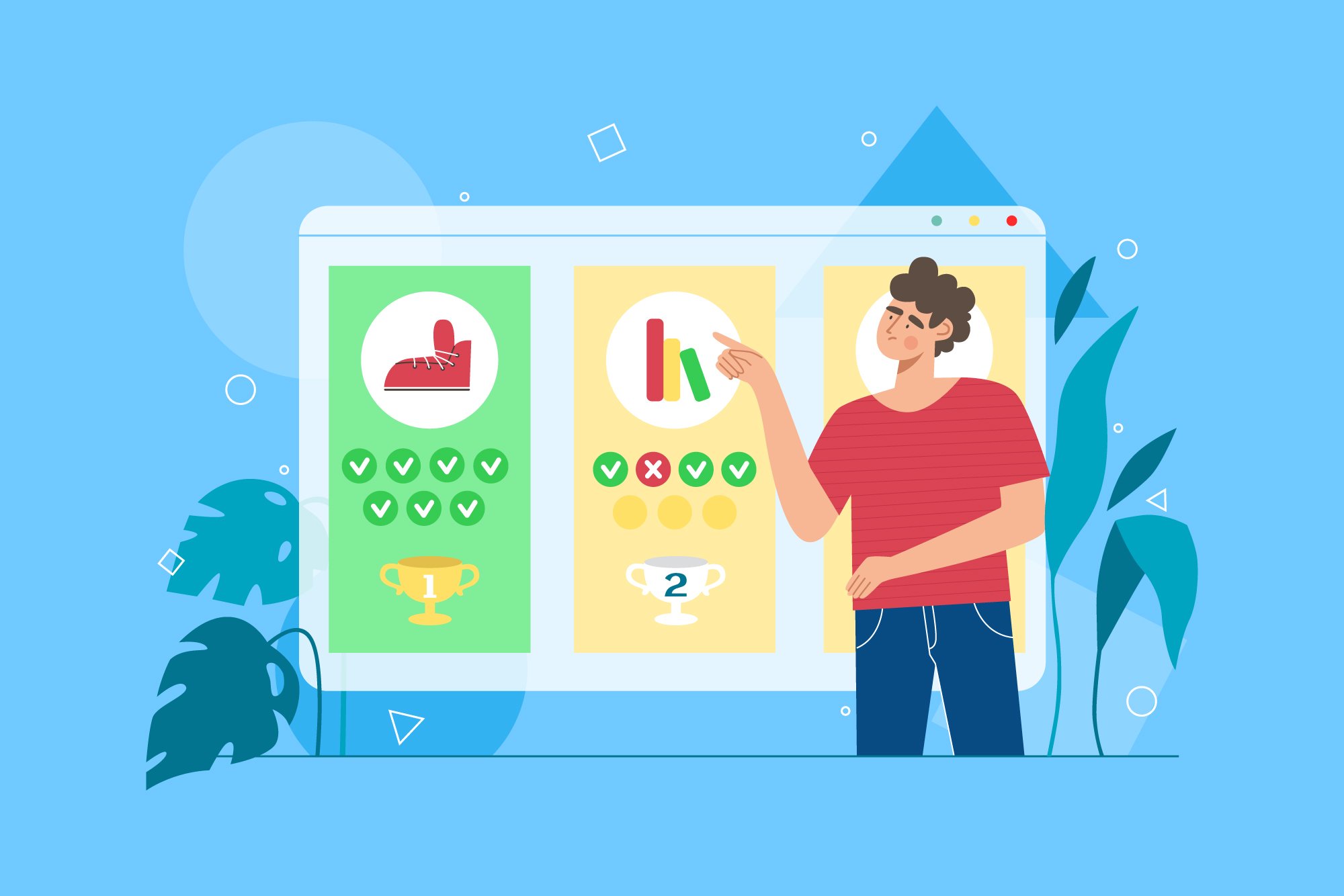 Gamification is a Dark Pattern

Gamification has become an established feature of our (digital) lives. It has its benefits, but also its dark side. And it is important to understand what the shortcomings are, so that we know when to use it and when to turn it off.

From fitness and meditation apps, to to-do lists, and even to your inbox, gamification has taken over our lives.

The popularity of game-like products is not by chance. Rather, it is because gamification works.

We have plenty of scientific evidence that suggests our brains are wired in a way that makes them particularly susceptible to this technique.

Sounds great, right? Trick yourself into being a better person (by developing better habits) while playing a game and making it pleasant to your brain.

Unfortunately, gamification isn’t without its downsides too.

On the surface, gamification sounds great. You can trick yourself into developing better habits while playing a game and making it pleasant to your brain. Unfortunately, it isn’t without its downsides too.
Click To Tweet

The biggest challenge with gamification is that it creates a level of micro-stress that adds to an already hectic and stress-inducing daily routine.

We already have enough stress in our lives as it is (even before the pandemic). Because our brains respond so well to the rewards of gamification, they also respond negatively when we fail to get the reward.

Missing your steps goal for the day may seem innocent, but it adds a tiny bit of stress (or micro-stress) to your life.

The bigger problem is that we often fail to acknowledge this stress exists. As it adds up, it becomes unhealthy.

Here are a few ways you can deal with the adverse effects of gamification and limit micro-stress.

You don’t always have a choice (gamification is inherent in some products). Where you do, make sure the decision to use gamification elements is made consciously and not by default.

Todoist is a great product, which I love and use every day. (It’s the HQ to my brain.) It has a gamification feature in the Karma system, which awards users points for completing tasks, hitting their Daily and Weekly targets, and so on.

Karma also tracks how many days and weeks in a row you’ve managed to hit your goal.

As you can see, I’m not innocent of voluntarily adding micro-stress to my life as well. I have been hitting my daily goal for 200+ consecutive days (minus vacation days).

I have been using Todoist for a few years now. Soon after I started, I noticed that the daily goal was working as intended. I was always trying to figure out ways to hit it. I was even feeling (mildly) disappointed if I didn’t manage to.

I’ve experimented with different techniques — lowering the number of tasks on the goal, etc. At one point, I even consciously said to myself “I won’t try and hit the goal”. But I would always catch myself coming back to it.

Of course, there’s nothing wrong with having a daily goal for things you want to do. The problem is that such a system isn’t precise — tasks are not equal: neither in the time they take to complete, nor in the value they generate.

You can spend a whole day writing a blog post or a book chapter or coding (and even then not finish the task). Not hitting your daily goal will still leave you with a sense of not having accomplished enough.

What that means is that the daily goal is not tied to any specific beneficial behavior. This is an important point I will explore further in the next section.

The thing is, Todoist is just as great a product even without the Karma feature and Daily/Weekly goals.

In cases like this, it can be hard to push yourself to turn off the gamification element. I’m just as hesitant as the next person to just switch off Karma and lose my progress.

But it could be useful to tie that to a specific event. For example, I’ve decided that I’m going to remove the daily and weekly goals in my Todoist account the moment I either a) break the chain (if it happens) or b) reach the “Enlightened” level.

Use a milestone and the sense of accomplishment it gives you to break the habit and save yourself some unnecessary stress.

I already touched on this above, but this type of product gamification should only be used when it makes you behave in a way that is actually good for you.

Using gamification is useful when it encourages a behavior that is proven to be beneficial.
Click To Tweet

We all know that sitting for 8-10-12 hours/day is extremely detrimental to our health. There are numerous studies that show it.

But there’s also evidence that walking for at least a few minutes each hour — or making around 250 steps — can reverse a lot of the damage caused by sitting for so long.

Fitbit takes a cue from that with their Daily Active Hours (which they define as at least 250 steps/hour) feature.

Again, there is a gamification element to this. While it also adds micro-stress and can be the cause of erratic behavior on your part (imagine getting up and disappearing from the camera view in the middle of a Zoom call), the benefit you get from using gamification outweighs the cons.

Be mindful of where the real benefits are and always tie your use of gamification to one.

Remove the gamification once you’ve established the habit

Gamification is great for establishing habits, but habits are a stronger driver of behavior than gamification.

Habits, especially when they’re driven by an internal cue, make the behavior natural for the person performing it. Gamification, on the other hand, relies on creating some sort of friction/irritation to get you to perform a specific action.

In piratical terms, that means that once you’ve established the habit, you can remove the gamification element.

Once you’ve established the habit, remove the gamification element to save yourself the added micro-stress.

I use a very simple habit tracking app called Momentum. It takes inspiration from Jerry Seinfeld’s Don’t break the chain technique to help you create habits and stick with them.

In the past, I’ve had a whole caravan of habits I wanted to stick to — read for at least an hour/day, go for a run 3/week, etc., etc.

After using it for a while, I realized that it’s near impossible to fit all this into the life of a single person. This led me to stop using the app altogether.

Nowadays, I only use it for habits that I’m struggling with. And no more than 2-3 at a time.

Once a habit is established, I just remove the gamification and the source of micro-stress from my life. For example, the hormone-fueled kick I get from going for a run is enough to get me into my running shoes and out the door. I don’t need to check a box every time I do it.

Judging by the screenshot above, it’s probably time I remove the Meditation habit from Momentum too… (I did since I wrote this.)

Be proactively kind to yourself

I would like to take the opposite view and argue that you should go out of your way to cut down on the things that add frustration to your life — no matter how small they are.

Willpower works a lot like a muscle. Save your mental resources — to deal with stress, challenges, irritators — for those situations that require them the most.

Get all new posts in your inbox

Ilia Markov
Digital marketer with an MBA from the University of Michigan. Curious, constantly exploring new streams of knowledge. Strong passion for helping others expand their potential - get in touch to learn how I can help you!

Well-rounded: the virtue of many interests